The purpose of the Mountain Gate at Shasta Area Plan is to guide and regulate land uses and development within the 590-acre property, which is located in the northeast section of the City generally south of the Wonderland Boulevard Interchange and Shasta Dam Boulevard Interchange, on the west side of Interstate 5. The Area Plan includes a description of required infrastructure (water, sewer, electric, storm drainage, streets, etc.); services (law enforcement, fire protection, schools, parks and trails); a phasing plan; finance mechanisms for construction and maintenance, architectural and design standards; and other required criteria. 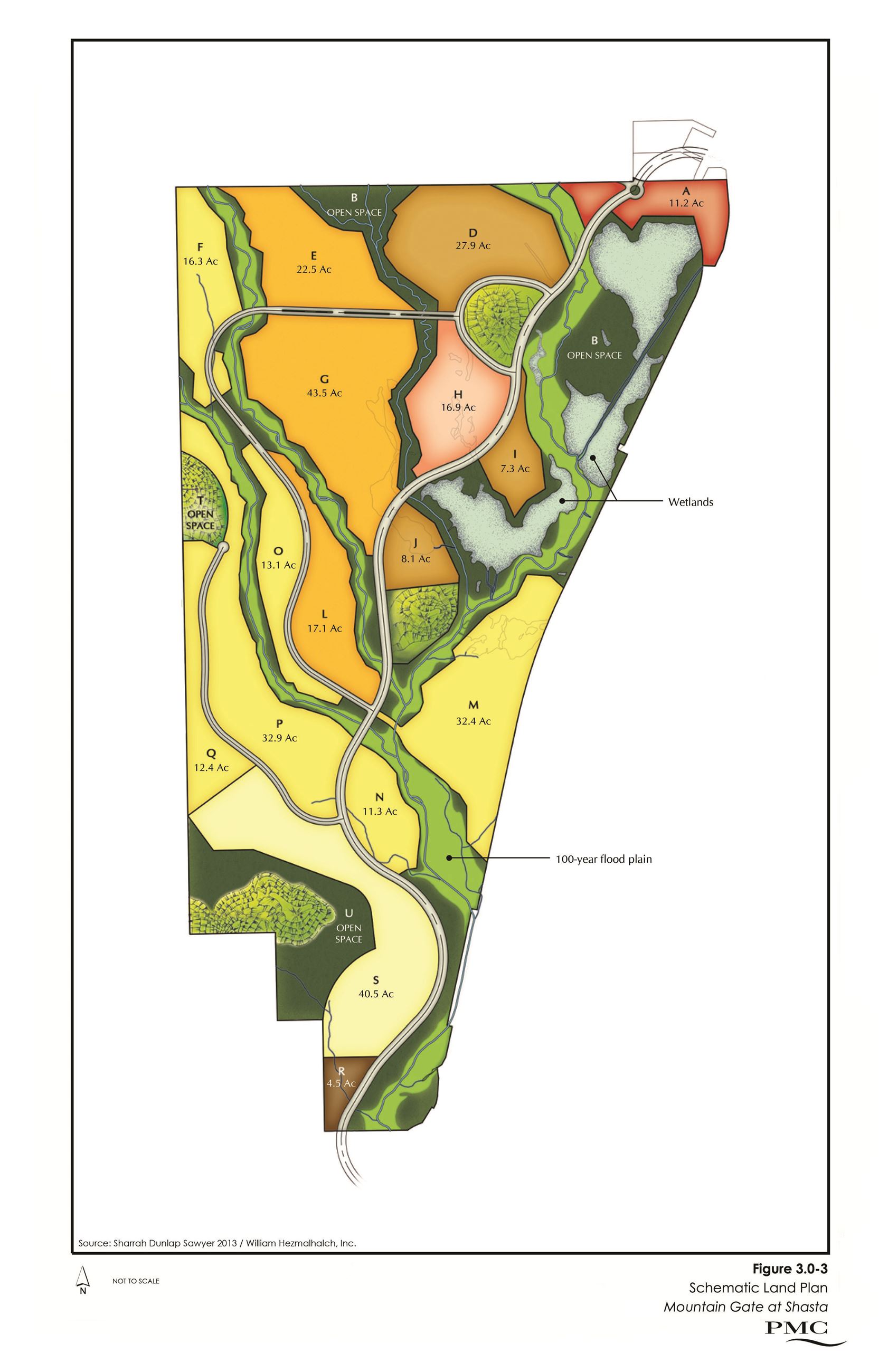 An Environmental Impact Report was prepared to analyze the Project's potential impacts on the environment. On December 15, 2015, City Council adopted a resolution, certifying the final EIR and  the discretionary approvals described below.

The following documents were reviewed and discussed by City Council during the December 15, 2015, meeting:

ATTACHMENT 1 (PDF): Resolution Certifying the FEIR, adopting the Mitigation Monitoring and Reporting Program, and adopting the Findings of Fact and Statement of Overriding Considerations. Includes the following exhibits:

Exhibit A: Mitigation Monitoring and Reporting Program
Exhibit B: Findings of Fact and Statement of Overriding Considerations